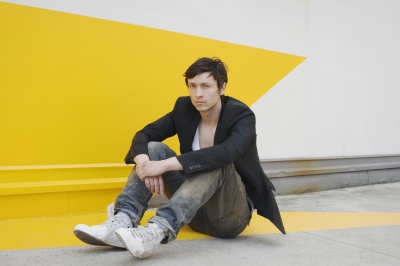 Drawing from the architecture and design concepts that inform his art practice, Graham Hudson plans to create the most practical project for his award commission. The installation will be a continuation of his ongoing project The End of The End, which explores the demise of the 1990’s club scene in London. Hudson will respond to a challenge posed by W Hotels to create a modular bar/DJ booth that can be installed temporarily at sites around the world with a work that memorializes a pre-internet, socially-dynamic era directly referencing the architecture of several de-commissioned clubs that embody and represent the hedonism of the era. Hudson’s interest in the deceased architecture that housed this genuine counter-culture manifests itself in the exploration of what he identifies as the three main causes for its demise: changes in law, the rise of social networking sites and House music’s assimilation into the mainstream. "This project demonstrates a meeting point of art, design and architecture. I’m interested in the formal and sociological language of functional objects (including buildings) as raw materials – the physical experience of this project must be functional, making the design context an exciting platform,” says Hudson. Hudson’s work has taken many forms but consistently demonstrates how today’s creatives are forging new paths through site-specific installations meant to promote social interaction and playful engagement with repurposed materials.