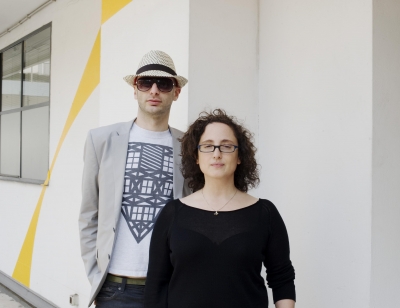 Berlin-based studio Beta Tank exemplifies the “design-for-debate” strand of contemporary design practice. For their commissioned project in Basel, Beta Tank will tackle the complex debate over the differences between art and design. The duo will harness aspects of international tax and shipping laws to question and reveal some of the arbitrary assumptions underlying the policies of the legal bureaucratic entities that regulate cultural production. The studio will create a series of ‘blended’ objects – partly hand-made, partly machine-made – that will be delivered to the fair in separate shipments, incurring different customs charges along the way. “This project is a reflection of how we work simultaneously in the realms of the theoretical and the practical,” states Beta Tank's Eyal Burstein. “We want to understand how true innovation and creativity, that which crosses boundaries and moves into the unknown, can be actively pursued and matched within existing categories and assumptions about business practices and results.” "And then we would like to transform these ideas into objects and homes," adds Michele Gauler, "to somehow embed objects with ideas and discourse, to tell a wonderful story." This project will form part of a book that the studio is producing to help guide young creative businesses through the maze of business models.

The setting mirrors Beta Tank’s preoccupation with objects that are at once philosophical and concrete. The tax office is subtly recontextualised and presented as a liminal threshold between present and future practices of dealing with objects that fall between design, art and science.

Beta Tank is a design practice based in Berlin and London, founded by Michele Gauler and Eyal Burstein to take on large, complex social and technological issues and translate them into easily understood objects and services. Their projects develop from a deep interest in how humans adapt to progress in their everyday lives. While Beta Tank's designs may seem fantastic or magical they are always based on available technologies and address timeless human behaviours and needs. Michele Gauler studied Psychology and Human-Computer Interaction and worked for IBM with their user experience team before moving to London for an MA in Design Interaction at the Royal College of Art. Eyal Burstein studied graphic design at the London College of Printing, then Design Interaction at the Royal College of Art.

Catherine Anyango studied design at Central St Martins and the Royal College of Art, and Literature at UCL. She is especially interested in absurd and non-narrative theatre, the immersive, atmospheric experience.  Her work moves between film, animation and illustration, and the merging of all three to create environments in which to experience the integration of sound and images in three dimensions. In this way she uses the idea of theatre as a bridge between a human presence and an intangible idea, so that one may inhabit the spectacle. She teaches at the Royal College of Art.