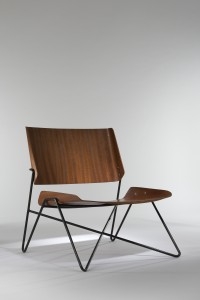 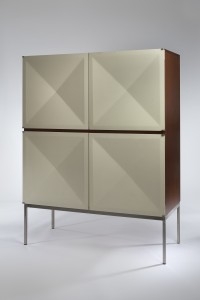 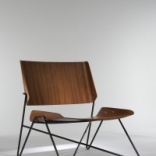 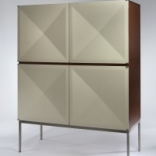 Demisch Danant specializes in twentieth-century European design with an emphasis on the late 1950s through the 1980s. The gallery features the work of Maria Pergay, Pierre Paulin, Joseph Andre Motte, Pierre Guariche and Pentagon. The gallery also engages in a series of exhibitions concerning the intersection between architecture, design and art, including the work of Felice Varini and Krijn de Koning. For Design Miami/Basel 2010, the gallery will exhibit a selection of pieces by Maria Pergay representing her entire career (1950's to the present). In addition, the gallery will present a 1960s French living environment showing important designers like Pierre Guariche and his collaboration with the A.R.P (Atelier de recherche plastique), Antoine Philippon and Jacqueline Lecoq, and Janine Abraham and Dirk Rol.